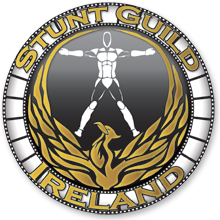 Guilds stunt coordinator Brendan Condren recently wrapped coordinating a short film called The First Wave. The feature is currently been developed with support from The Irish Film Board. The short film follows the cure to a virus, which spread throughout Ireland, causing pure animal aggression and cannibalism in the infected, the cured try to reintegrate back into a society that still fears them.