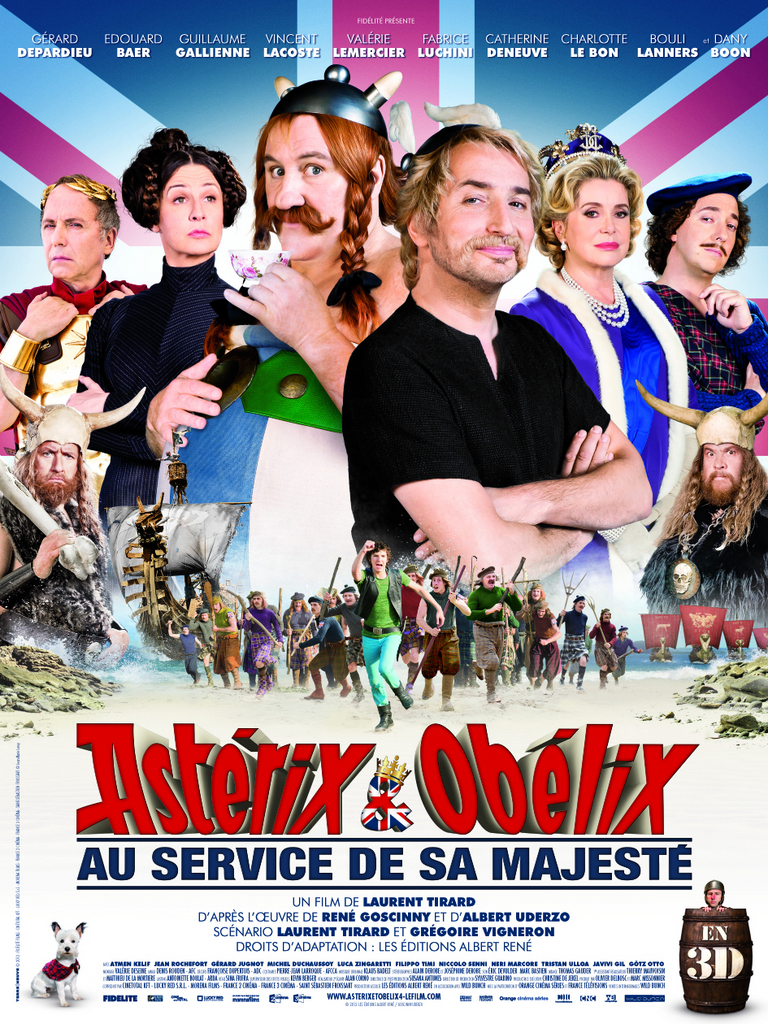 Asterix crosses the channel to help second-cousin Anticlimax face down Julius Caesar and invading Romans. It was the first 3D live action feature to be filmed in Ireland. The film premiered in France October 2012.